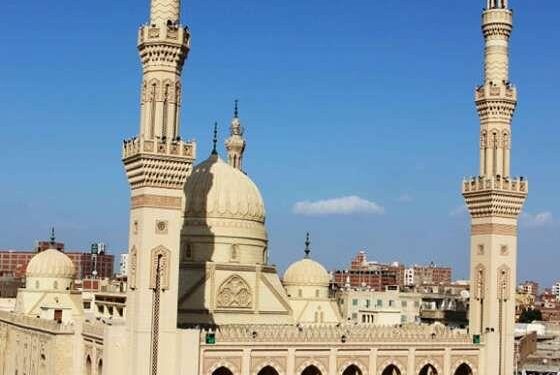 The Ahmadi Mosque in Tanta, the provincial capital of Gharbia, between Cairo and Alexandria, enjoys a special status in the hearts of tens of millions of Egyptians and Arabs. 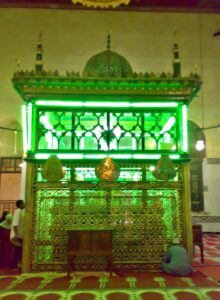 This is why the mosque is a year-round mecca for people who want to get blessings, heal or have a wish they want to come true one day.

The mosque acquires its importance from the presence of the mausoleum of Ahmed al-Badawi, also known as the Knower of God, inside it.

Al-Badawi is of special importance to the followers of almost all Sufi orders. To Sufis, he is one of the most important four religious figures in the history of Islam, who also include Abdul Qadir al-Jilani, Ahmed al-Rifai and Ibrahim al-Desouki.

Al-Badawi is known to have been born in the Moroccan City of Fez. He travelled all the way from Morocco to settle in Tanta where he also died. His followers and devotees built a shrine for him in the same city. 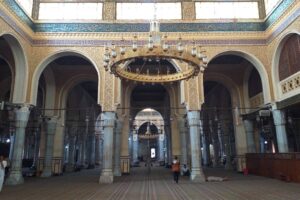 These details are written until the present on the gigantic door of the mosque.

Ahmadi Mosque is now one of the most important centres of Islamic teachings after Al-Azhar, the highest seat of Sunni Islamic learning, in Cairo.

Most of the nation’s famous readers and reciters of the Holy Quran graduated from the school of the mosque.

The mosque receives hundreds – sometimes thousands – of visitors every day from all corners of Egypt and the world, who go there to receive blessings, voice out a wish, or attend a religious event. 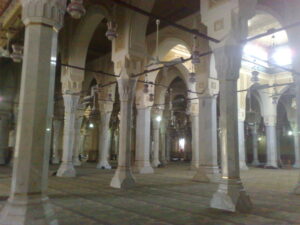 Covid-19 put the brakes on visits to this important religious centre for months, but the place is reopening to visitors once more, receiving infestations of all types of people every day.

The Islamic month of Ramadan is a special time of the year for the mosque where there is always a sharp increase in the number of visitors.

Apart from visits in the morning and during the day, the Ramadan nights organised around all corners of the mosque also attract thousands of people every day, testifying to the importance of the place for all people. 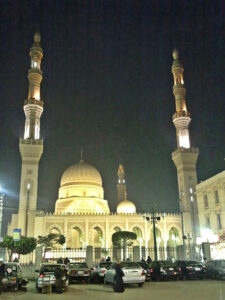 The nights revive rituals connected with the Islamic month and blow a touch of spirituality into the air.

The nights also offer a wonderful platform for religious song singers and performers to showcase their talents, gain popularity and become known to the thousands of people who attend these nights.

They offer the same chance to budding Quran readers and reciters who find in those attending an interactive audience that energises them into perfecting the reading of the Holy book in the most melodious and pious of voices.

The fountain of the mosque, also called after it, is also one of Tanta’s most important archaeological monuments.

The fountain is located on the southwestern side of the mosque. It is characterised by Islamic decorations on its walls, as well as windows made of wood with ornaments that show Islamic artistic creativity at its best.

The fountain, also known to locals by the name ‘Sabeel’ was built by Khedive Abbas Helmy in 1320 A.H. 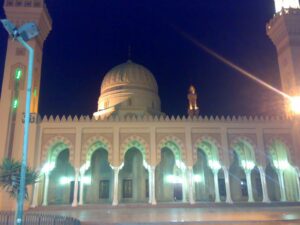 It was constructed with the aim of facilitating access to water for people living in the area.

As a building, the Sabeel has two levels, the upper part of which is dedicated for the teaching of the Quran.

Dozens of children go to this part of the Sabeel to learn the Holy book at the hands of specialised sheikhs and scholars.

The Ahmadi Mosque Sabeel is one of two in Tanta, which also include this of Aly Bey al-Kabeer. 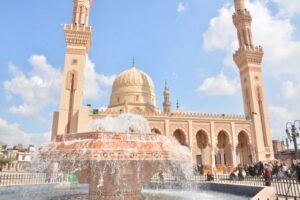 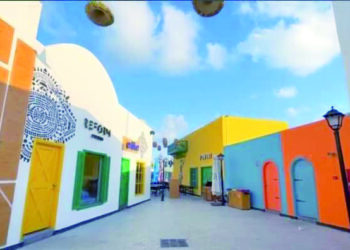 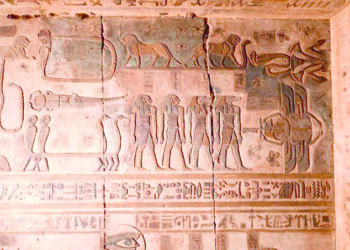 The charming spot kilometres away from Luxor 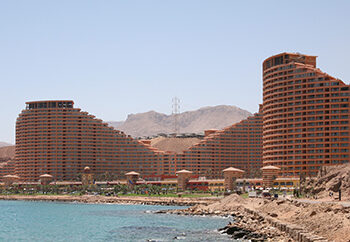