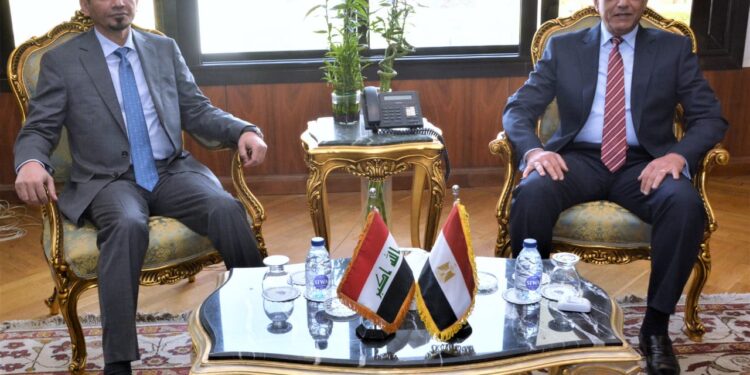 During the meeting, the two sides discussed prospects for co-operation as well as ways to enhance partnership between Cairo and Baghdad in various air transport fields.

Minister Abbas affirmed Egypt’s keenness to enhance co-operation with Iraq in the field of training, maintenance and overhaul of aircraft.

He referred to continuous co-operation between EgyptAir and Iraqi Airways, adding that his ministry is keen to transfer Egyptian expertise to Iraqi airports in a way that helps establish a strong partnership between the two countries and achieves common interests in air transport.

For his part, the Iraqi minister of transport referred to the depth of the historical relations binding Cairo and Baghdad.

Al-Saadawi said that Egypt is a key partner in supporting Iraq to develop its air transport sector, looking forward to more co-operation and permanent coordination between the two countries.