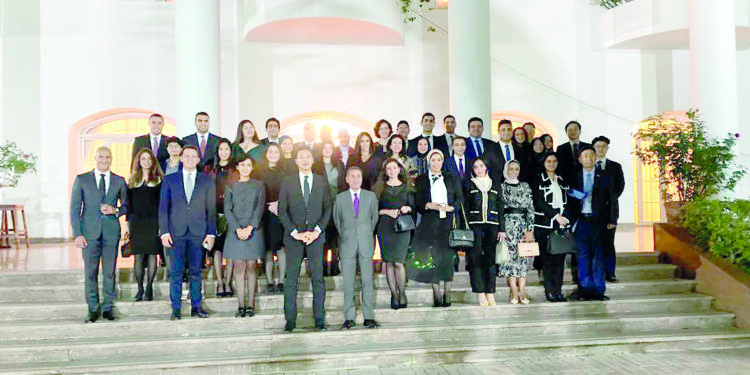 The Ambassador of the Republic of Korea to Egypt, Mr. Hong Jin Wook, held a reception for new diplomats from the Egyptian Ministry of Foreign Affairs on 24 January 2023 to promote communication and mutual understanding in order to strengthen relations between Korea and Egypt.

Ambassador Walid Hagag, the Director of the Diplomatic Studies Institute and thirty-seven diplomatic attachés, among which Ms. Mariam Sakr worked for the political section of the Embassy in 2022, attended the reception.

Ambassador Hong welcomed the new trainees at the Ambassador’s residence who will be responsible for the future of Egyptian diplomacy.

He expressed full confidence that those trainees would be valuable assets for Egyptian diplomacy which has been playing an important role in the global arena by providing distinct views on various international fields such as regional peace and security, climate change, trade liberalization and cultural diversity as well as regional stability and security issues. He also presented the Embassy’s public diplomacy activities, hoping that it would be a good opportunity for new Egyptian diplomats to better understand South Korea.

From his part, Ambassador Hagag expressed his gratitude for inviting the new diplomats to the reception and explained this event was the first external schedule for trainees who had joined the Institute seven weeks ago. He also valued the event as a good opportunity for new Egyptian diplomats to deepen their understanding of Korea and hoped that such exchanges would continue in the future. 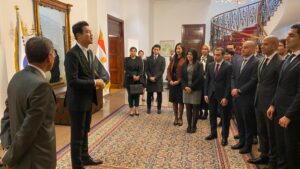