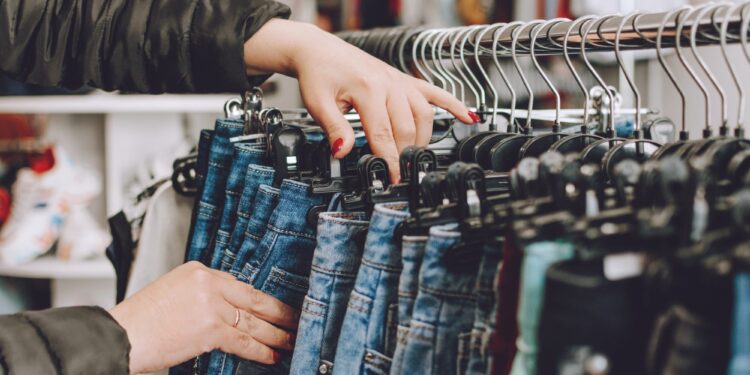 PARIS — In Switzerland, inflation is even making its way into women’s clothing stores — a phenomenon described as “pinkflation.” For several months now, many European countries have been facing significant inflation.

These price increases are linked in part to the war in Ukraine, but also to the Covid-19 pandemic and the climate crisis, especially with regard to food products.

But according to a recent Swiss report, another kind of inflation has been identified by the independent online price comparison service Comparatis and the Zurich media NZZ am Sonntag, which applies specifically to women’s fashion.

All of which is significantly less than for women’s clothing, which reportedly costs on average 6.51 per cent more in June 2022 than in the 2000s.

So what’s the reason for this? None, apparently, except that women are reportedly willing to pay more than their male counterparts.

The report authors state that female shoppers seem to react less “elastically” to price increases in fashion items. In other words, they keep on shopping when clothing prices rise.

According to data from the market research firm GfK, sales of women’s clothing and shoes in Switzerland in 2021 amount to CHF 4.3 billion (approx. €4.4 billion).

For menswear, this figure amounts to half of that. Children’s clothing, on the other hand, generated around CHF 1 billion (€1.5 billion) in sales.

Products marketed to women being sold at higher prices than those for men is not a new phenomenon. The classic example of razors is often cited, or the prices practiced in hairdressing salons (which are often higher for women).

The scale of the phenomenon is such that it even has a name, the “pink tax.” But, the fact that these product prices are seeing rates of inflation twice as high for women is relatively new, says the Swiss study. And raises several questions about the evolution of this somewhat sexist phenomenon.

Michael Grund, professor of marketing at the Zurich University of Applied Sciences (HWZ), who participated in the report, considers, for example, that women could simply buy less to avoid the effects of this inflation.

But from the point of view of Dominique Grisard, a lecturer at the Centre for Gender Studies at the University of Basel, quoted by NZZ am Sonntag, things are not so simple. “Men have long been able to hide in their suits. But for them too, appearances are becoming more important. So there should be a convergence in the long run,” she says.