by Gazette Staff
in Entertainment, World
0 0 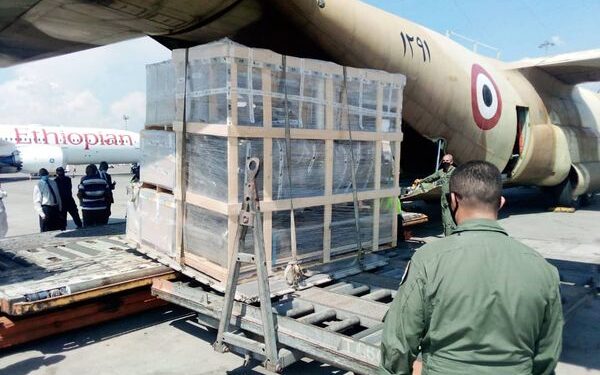 CAIRO– Egyptian Irrigation Ministry is set to provide equipment for an early warning center in Kinshasa before it opens next month.

The equipment already arrived at Kinshasa airport to be delivered to the center, Irrigation Minister Mohamed Abdel Aati said in statements Monday.

Experts from the Ministry will fly to the Democratic Republic of the Congo to install the equipment and prepare the center for pilot operation, Abdel Aati said.

He added that the experts will also train Congolese officials in how to operate and maintain the center.

The official inauguration of the center is set for late May.

The center is equipped with the most advanced rain forecasting systems, the minister said, noting that it would serve as a place to study weather changes in the DRC to be able to protect citizens against sudden disasters.

Egypt has established that center with the aim to share its know-how with Nile Basin states in order to make optimal use of resources, Abdel Aati said.