The 1973 Arab-Israeli war has been the subject of many Egyptian films, but is this victory properly treated in Egyptian cinema?

Since the 1970s, war films have been churned out by the dozen, but quality has suffered. You get film sequences interspersed with newsreel, which means they were made on a low budget and in haste.

“Most films made after the October war were weak artistically. They were made in hurry. They did not express the victory as it should be,” cinema critic Essam Zakaria told The Egyptian Mail.

In Al-Rassasa La Tazal fi-Gaibi (The bullet is still in my pocket, 1974), directed by Hossam Eddin Mostafa, soldier Mohamed (Mahmoud Yassin) comes home after the 1967 War to learn that the head of the local cooperative association Abbas (Youssef Shaaban) wants to marry Mohamed’s sweetheart Fatima.

The film is based on the novel of the same name by Ihsan Abdel Kuddous, who made Fatima a symbol of Egypt. The director lent the film credibility when he chose locations where the fighting actually happened. He staged sequences with real weapons and materiel.

In Al-Umr Lahza (Fleeting Life, 1978), journalist Nemat (Magda el-Sabahi) works with her husband Abdul Kader (Ahmed Mazhar) finds that they have far different opinions concerning their country’s situation and the war. She volunteers at a hospital and later goes to the front. Although the film is set during the War of Attrition, the war was very much in the background.

“The plot of most of 70s films involves a defeated hero who avenges himself,” Zakaria said.

“Although we see footage of the conflict, we don’t see any of the planning, preparations and details of the war. So we can’t say they are war movies, but melodramas with war inserts.

Films like The Guns of Navarone (1961), 36 Hours to Hell (1969) and Pearl Harbour (2000) battle scenes are interspersed with the human drama and that’s why people enjoy watching them.

“We need to understand the motives which led the characters to fight each other. Evil characters are not just evil, they are humans and good people are not all the time ideal. We need to see the characters in their true colours so that we feel they are real and we understand and sympathize with them.

“Before the 1970s ‘fast-films’, we had great patriotic epics in the 1950s and 1960s which dealt with the British occupation in Egypt and the Tripartite Aggression such as Port Said (1957) which showed how the townsfolk put up a fight and Fi Baytina Ragol (There’s a Man in Our House, 1964).

“For me, these movies are much better than those of the 1970s as they focus on popular resistance.”

However, in the 1970s and the period right after the 1973 War, no military documents, details or information were available, which meant the films of that time could not feature realistic war scenes.

Nowadays, details are available as the government is keen to give special attention to art and cinema by providing information to help filmmakers recreate the real spirit of the war.

One of the most successful war movies Al-Mamarr (The Passage, 2019) directed by Sherif Arafa and set in the War of Attrition (1967-1973. Unlike, Al-Umr Lahza, the film concentrates on the war and the life stories of soldiers. The film is considered by critics as a great leap for war movies in Egypt.

“What made Al-Mamarr so successful is that it portrayed soldiers as real people with their strengths and weaknesses,” Zakaria said.

“Not only the drama but also the special effects contributed to the film’s success. Technology of that sort was not around in the Seventies.” 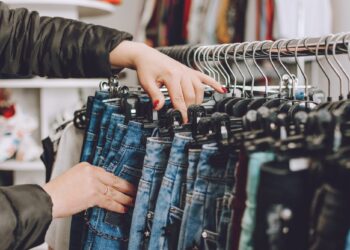 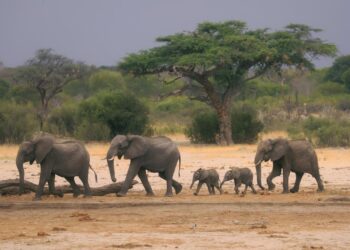