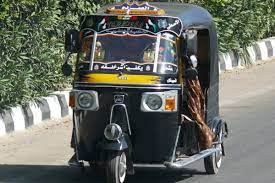 In a bid to improve road safety, imports of tuk-tuk parts will be halted as of Friday, 12 November.

According to a recent decree by Minister of Trade and Industry Nevine Gamea, frames, chassis and engines for the three-wheeler rickshaw are no longer to be imported into Egypt.

The decree, which is in response to government plans to provide safe vehicles for public transport use, came after studies by all agencies concerned to replace the tuk-tuk with safer means of transport.

This is also in line with the presidential initiative to replace conventional modes of transport with vehicles fuelled by natural gas and make minivans an alternative to the three-wheeler.

However, tuk-tuks in the governorates that meet the approved technical specifications will still be licensed.

A ministry committee is conducting a feasibility study on financing motor rickshaw owners to replace their vehicles with gas-fuelled minivans.