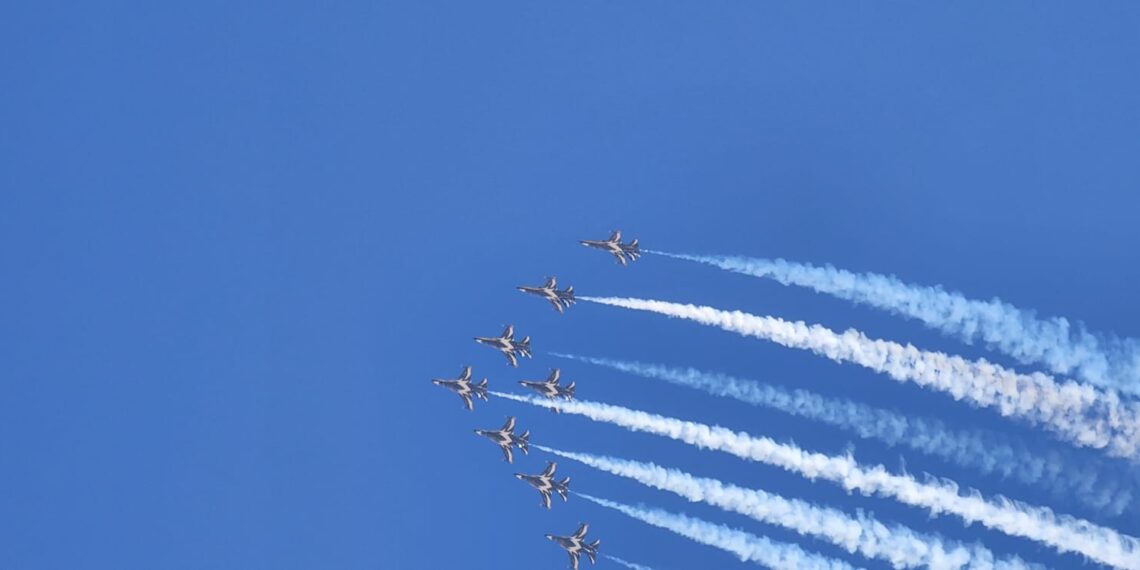 Tourism and Antiquities Minister Khaled el Anani extended thanks to the Egyptian and South Korean Armed Forces for organising an impressive air show at the Giza Plateau.

As part of the Pyramids Air Show 2022, a number of different distinguished air shows were performed, he added in exclusive statements to MENA.

Extending thanks also to the Egyptian Air Force for taking part in the show, the minister also said that the show will greatly contribute to promoting for tourism.

Coordination is underway with the Egyptian Air Force to organise another proceedings in the sky of Egypt, he added.

The activities of the Pyramids Air Show 2022 started at the Giza Plateau on Wednesday morning.

A number of different distinguished air shows were held as part of the festivity.