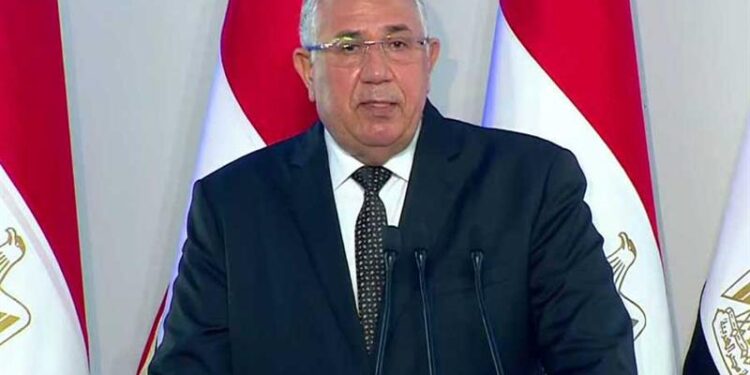 CAIRO – Egyptian Agriculture and Land Reclamation Minister El Sayyed el Quseir underlined the importance of “Toshka el Kheir” project in Upper Egypt which represents a model of success in the new republic with regard to the file of food security and attainment of the sustainable development goals under Egypt Vision 2030.

He made the remarks on Saturday during the inauguration of ‘Egypt’s Future’ agricultural project which was witnessed by President Abdel Fattah El Sisi.

He said that one of the most important goals of the 2030 strategy is maintaining available economic resources and developing them, adding that the state seeks to realize comprehensive development while adapting to climate change.

He said his ministry seeks to increase competitiveness of the agricultural exports in addition to injecting more investments into the agricultural sector and supporting livestock, poultry and fishing production.

He referred to the most important projects as including the giant New Delta project, the Toshka el Kheir project in the south valley, the project for developing north and central Sinai and the Egyptian Countryside Development Project.

The minister said work is going on regularly in all these projects and the bodies concerned are doing their best to realize the aspired goals.

He underlined the importance of achieving self-sufficiency of strategic agricultural commodities and food security in addition to the making optimal use of natural resources; namely land and water.

He added that agricultural production could increase through depending on greenhouses.

He underlined the importance of reclaiming lands in deserts within the framework of world agreements on climate change, combating desertification and enhancing bio-diversity.

He said the world is losing millions of hectares of lands due to desertification, drought and climate change and this affects negatively on jobs and threatens food security.

The target of this project is cultivating lands equivalent to about 30 percent of the old Nil Delta area, he said, referring to the strategic location of the project which is close to land and maritime ports and airports.

The project is meant to promote food security and link agriculture projects to trade, services and transformative industries.

He expected the project to contribute to upping local production of strategic crops, cereals and vegetables by 10 to 15 percent of the current agricultural production in addition to boosting the state’s exports by 15 percent.

He added that the state can achieve self-sufficiency in many crops, noting that Egypt exports poultry to several countries as well as milk products.

He referred to the national veal project in addition to the expansion in livestock production and sugar crops.

He noted that the canal sugar factory will be inaugurated soon at dlr 1 billion investments with its production capacity expected to reach more than 900,000 tons of sugar annually.

He also referred to expansion in wheat and corn cultivation as well as oil and cotton crops.