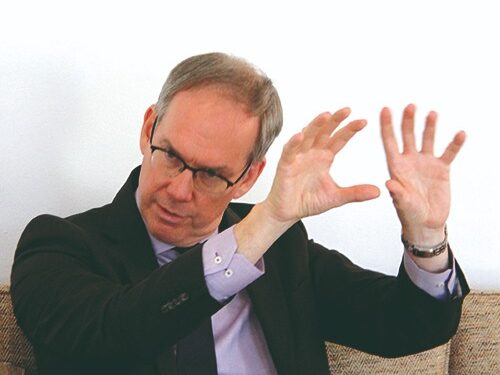 Sweden is considered one of the leading countries in providing development aid to developing countries. Being concerned with the problems of the Middle East, Sweden also combines efforts with Egypt to advance the peace process besides cementing economic co-operation.

In an interview with The Egyptian Mail, Hakan Emsgard highlighted the diverse domains of joint co-operation.

Despite the repercussions of Covid-19, trade volume between the two countries increased  by 23 per cent in 2020. “This is very good figure. I think trade between Egypt and Sweden is an exception. Egypt is a major trade partner for Sweden in the Middle East and North Africa region. I think there is potential to further develop such ties as we see many interesting areas for co-operation such as health sector, wood products, machinery and communications,” the ambassador said with enthusiasm. “We have good hopes for the future.”

The ambassador also referred to the joint business forum between Egypt and Sweden that was one of the results of the fruitful visit by Swedish trade minister in September.
“The timing of this step is very good as this confirms the tight relations we have with Egypt coupled with genuine ambition for the future that trade and investment will increase even more,” he added.

“The function of the business council is to engage business people from Egyptian and Swedish side. It is not just dialogue; we want to see results, we want to see investments happen from this. Talk is good but action is even better,” he said.

In a related context, Ambassador Emsgard also hailed the investment environment in the country, which he described as “supportive”.
“I had very fruitful conversation with Finance Minister Mohamed Maait a couple of weeks ago. Digitising customs procedures and the financial sector in general gives possibility to make Egypt trade hub between Europe and Africa. The African free trade agreement will also be very helpful,” he said. 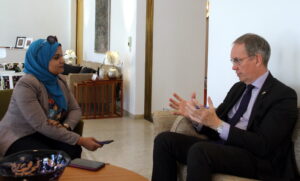 The Techne Summit is one of the key events where the Swedish embassy seeks to support Egyptian entrepreneurs.

“I have interacted with many Egyptian entrepreneurs and visited many startups in Cairo. I think they are very comparable with similar startups we have in Stockholm. So I think those entrepreneurs are the most important potential for the economic development in Egypt,” he stressed.

The Swedish embassy already has certain programmes to boost entrepreneurship. “We have competitions for the best ideas. They can come to Sweden to share experience with colleagues. It is very important to know how to turn such ideas into businesses. We are leading in this as we have been able to turn many startups into successful companies like Spotify,” he said.

This programme is organised by the Swedish International Development Co-operation Agency (SIDA) which supports small and medium enterprises in the region, including Egypt.

“We have been doing this for couple of years. I think we have sent like 10 to 20 people to Sweden and we will continue to do and stimulate this,” he said.

The ambassador also stressed the paramount importance of boosting scientific research. “There should be tight co-operation between academia and startups. We have in Sweden research villages. In Sweden, we are putting more than 3 per cent of our GDP on research and development,” he said.

Regarding the science-led AstraZeneca, it employs around 800 people. “So far, they have invested around LE1 billion, so they have long-term engagement and they are developing this in research centre that will benefit the whole region,” the ambassador said.

According to the ambassador, Astrazeneca and other companies in the health sector are very keen to operate in Egypt given the reforms being carried out by the government like general health insurance.
“Astrazeneca is keen on contributing to this. It is also to establish regional office in Cairo to explore the possibilities not only here but also on regional level,” he remarked. 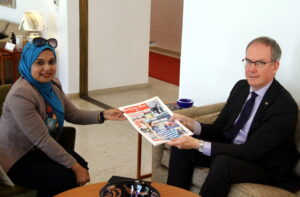 On the political level, the ambassador said that Sweden has worked very well together with Egypt.

“We co-operate in the Aswan Peace Forum, which tackles security-related issues in the region. We have been a strategic partner in this forum. We also link this to the Stockholm Forum on Peace and Development.”
The ambassador also referred to the Stockholm International Peace Research institute (SIPRI).

“Our commitment to peace building in this region is very long and we will continue to contribute whenever we can.”
The ambassador also said that Egypt has been playing important role in the region and also creating stability in neighbouring countries.
“Egypt is taking proactive role in the stabilisation of the region, which is something we appreciate.”

The Swedish ambassador also hailed the ongoing archaeological co-operation between the two countries.
“Swedish engineering contributed to saving and relocating Abu Simbel. We are very proud of that,” he said.

“The Archaeological mission in El-Silsila archaeological site north of Aswan is a good example of such co-operation,” he added.
On the environmental level, the ambassador stressed his country’s keenness to push for the $100 billion for developing countries to address climate change.

He also lauded Egypt’s efforts in this domain, bearing in mind that Egypt is to host COP27 in 2022.
“We promote a global approach towards environmental sustainability. A high-level delegation is to visit Egypt after COP26 to discuss means of intense co-operation before next year,” he said.