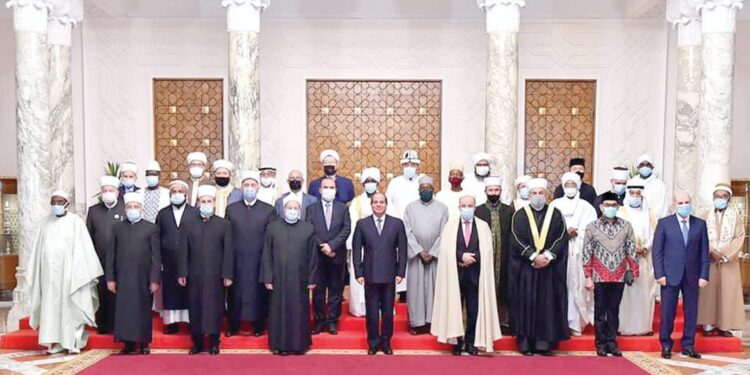 President Abdel Fattah El Sisi in a group photo on Monday with participants in the international conference organised by the Egyptian Dar Al-Ifta under the title of "Fatwa Institutions in the Digital Age.”

Egyptian President Abdel Fattah El Sisi stressed the importance of the role of fatwa (religious opinion) institutions in the Islamic world, especially with regards to keeping pace with the profound developments that have occurred in this field with the spread of the use of social media and the need to confront electronic platforms which beam out flawed ideas that distort the true message of the Islamic religion.

The president’s remarks came during his meeting on Monday with participants in the international conference organised by the Egyptian Dar Al-Ifta under the title of “Fatwa Institutions in the Digital Age.” The All-Egypt Mufti, Dr Shawky Allam, attended the meeting.

The president welcomed the religious scholars participating in the conference, stressing his full support for the course of the conference, given the importance of the role played by the fatwa institutions in the Islamic world as a point of reference for issuing religious fatwas (views and opinions) in all aspects of life as well as in matters of dealings and worship.

These institutions contribute to spreading awareness and real understanding of the true religion, achieving societal stability and confronting the problems facing fatwas as a result of the interference of non-specialists.

For his part, All-Egypt Mufti Allam pointed out that this year’s conference aims to raise awareness of the importance of the digitisation factor and its impact on fatwa institutions and their role in societies.

He also highlighted that digitisation requires Fatwa institutions to keep upgrading their technical capabilities, noting in this connection that the All Egypt House of Fatwa managed during the past year to issue some 1.3 million fatwas on various issues and topics, including nearly one million fatwas via the website and the first fatwa observatory of its kind in the world.

In the course of the open dialogue with participants in the meeting, President Sisi stressed the utmost importance of the role and responsibility of long-established religious institutions as represented by the Dar Al-Ifta, Al Azhar and the Ministry of Endowments in purifying religious speech from flawed ideas.

Elaborating, President Sisi emphasised that this basic task makes it imperative for all religious scholars, Imams and preachers to integrate their efforts to confront the confused visions that affect the constants of faith and that call for the exploitation of religion for political goals through acts of extremism and terrorism, the presidency spokesman said. 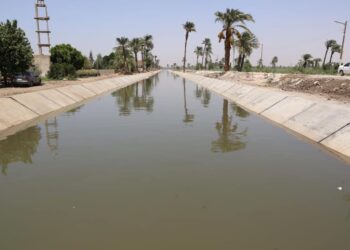 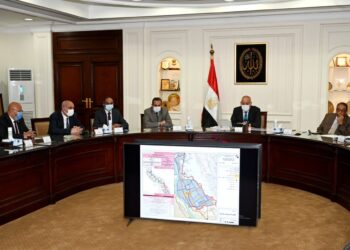 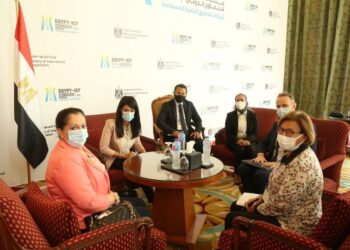