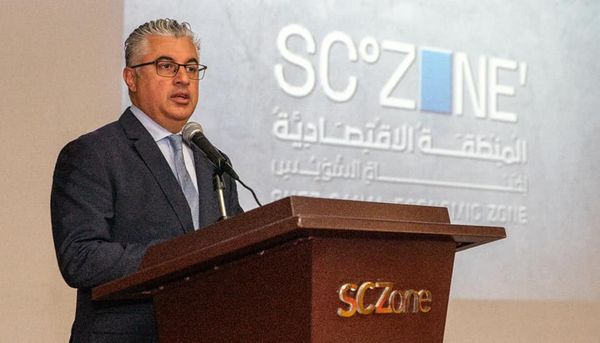 Such interest from investors made the SCZone a distinguished industrial and maritime centre on the map of the global economy, he added during his meeting with a Belgian trade delegation led by head of the Belgian chamber of commerce Joseph de Becker.

The meeting was held as part of unremitting efforts to promote co-operation between the SCZone and the international business community.

In a statement, the SCZone said that Gamal el Din reviewed during the meeting the investment opportunities in the economic zone.

He also said that the SCZone has four industrial zones and six ports, adding that its strategic location contributes to serving global trade.

Gamal el Din, meanwhile, underlined the importance of integration between the industrial zones and the SCZone’s affiliated ports.

The Belgian delegation, for its part, lauded the outstanding success of the SCZone, especially in the areas of green economy and clean energy, according to the statement.

They also referred to the distinguished location of the SCZone, added the statement.