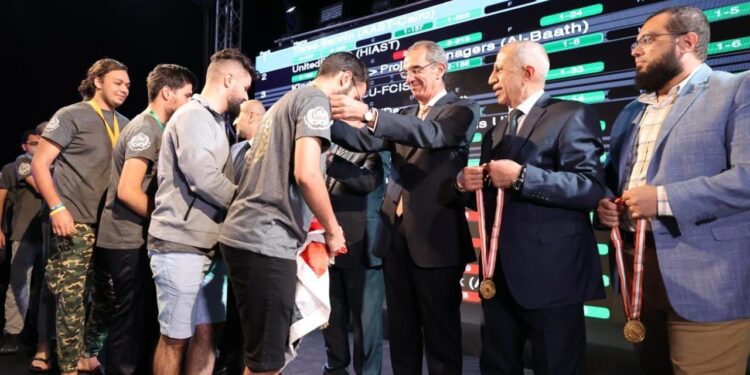 Egypt’s Minister of Communications and Information Technology Amr Talaat attended on Monday on behalf of President Abdel Fattah El Sisi a function to mark the end of the 25th Arab and African Software Competition for university students.

Some 145 teams of students from 25 Arab and African countries took part in the competition, organised by the Arab Academy for Science, Technology and Maritime Transport (AASTMT) in Sharm el-Sheikh under the auspices of Prime Minister Moustafa Madbouli.

The minister said in his address to the event that the communications and information technology sector has achieved unprecedented growth at local and global levels.

At the local level, it has been the fastest growing sector over the past four years at between 15-17 per cent, the minister said.

International reports suggest that by 2025, the world will lose 85 million jobs, while 100 million new jobs will be created in artificial intelligence, cybersecurity, the Internet of Things (IoT), data analysis and blockchain.

Global spending on information technology is expected to be $4.6 trillion in 2023, marking an increase of 5.1 per cent on 2022, Talaat said.

The AASTMT can prepare skillful human resources to join the labour market and implement digital projects in Arab and African countries, Talaat added.

The minister then presented awards to the top three in the competition.

The next AASTMT competition will be in November 2023.