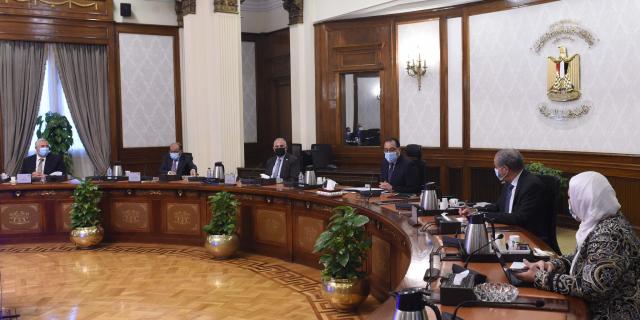 Egyptian Prime Minister Moustafa Madbouli said Wednesday that some of state employees are currently working from governmental buildings in the New Administrative Capital.

The move is part of Egypt’s plan to gradually relocate all the ministries and governmental agencies to the new capital within the framework of President Abdel Fattah El Sisi’s directives in this regard.

Madbouli’s remarks came during the weekly cabinet meeting from the new cabinet HQ in the New Administrative Capital where they discussed the progress rate of infrastructure works inside the new capital.

During the meeting, the premier underlined the importance of periodically following up the under-construction giant projects in the city.

He was briefed that the trial operation for some ministries and state agencies has been started as they were equipped with cutting-edge technologies.