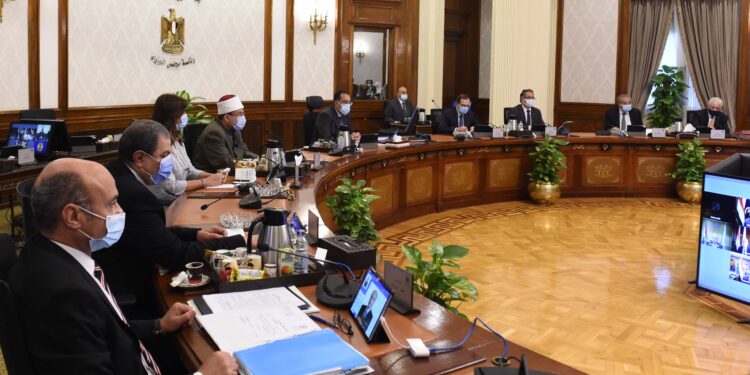 The premier noted that the president’s speech focused on human rights and the great efforts exerted by Egypt to secure a decent life for citizens, especially the mega projects accomplished under the Presidential Initiative Decent Life which aims at improving the living conditions of about 60 million people living in the countryside.

The premier stressed that the initiative lies at the heart of human rights.

Madbouli made the remarks during a cabinet meeting to discuss a number of important files.

Madbouli also lauded the president’s assurance of Egypt’s keenness on localising the vaccine industry to meet the needs not only of Egypt, but also to export to African countries.

The premier also hailed the president’s call – during the UN Biodiversity Conference (COP 15) – on world countries to exert strenuous efforts to unite in the face of major challenges, especially in view of rapid deterioration of biodiversity over the past years which further escalated during the Covid-19 crisis.

The premier noted that the elements of the Decent Life Presidential Initiative were reviewed with a number of development partners and representatives for the UN agencies.

The premier also referred to the inspection tour upon which he embarked in Luxor on Tuesday, noting that the state is offering all needed potentials to hold a grand celebration to promote for Luxor governorate, especially in view of finalising the Kebbash Road project.