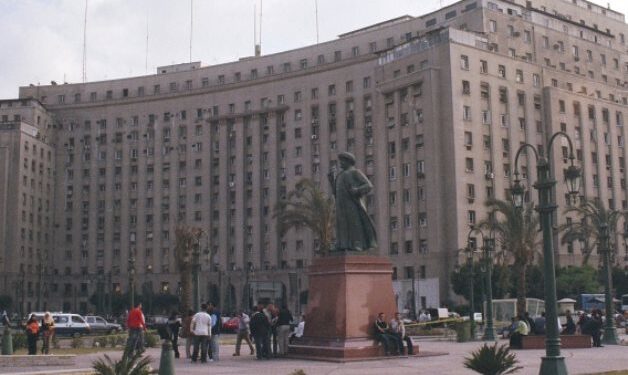 CAIRO – Egyptian Minister of Planning and Economic Development Hala el-Saeed said the deal signed with an American alliance to develop Tahrir Complex will, once it acquires the building, pump LE3.5 billion in total investments within two years and in accordance with international standards.

In statements on Tuesday, Saeed said Egypt is a country rich with unutilised assets, noting that Tahrir Complex assets have been transferred to Egypt’s Sovereign Fund which has assessed the best ways for utilising such assets with a number of consulting firms.

She said a number of conditions and standards have been specified to choose the companies that applied to the bidding of carrying out the development works of the complex.

On the winning of an American alliance, Saeed said Egypt’s Sovereign Fund has succeeded through promoting for the complex overhaul to lure an international alliance that will operate in the Egyptian market for the first time.

The victory of the US consortium, which includes Global Ventures Group, Oxford Capital Group, and Al Otaiba Investment Company, came after a bidding process aimed at attracting developers and partners from all over the world, she explained.

The total investments that will be injected into the development process amount to more than 3.5 billion Egyptian pounds. The importance of developing the Tahrir Complex comes due to its historical and symbolic value to the Egyptian people, as it is the most famous government site in the center of Cairo in Tahrir Square. The strategy of the Sovereign Fund of Egypt in this regard includes developing the building to be multi-use (hotel – commercial – administrative – cultural), and in harmony with the nature and efforts of the development carried out by the state in the downtown area of ​​the capital and Khedive Cairo.