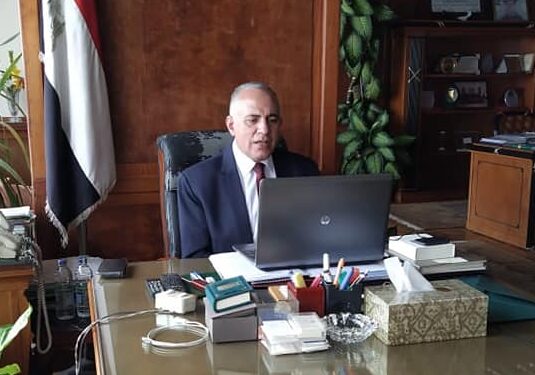 Minister of Water Resources and Irrigation Mohamed Abdel Aati on Tuesday led a follow-up meeting on the removal of encroachments on the River Nile and the other water courses nationwide.

The meeting also reviewed progress in ministry projects and preparations for the 4th Cairo Water Week to be held in October.

Abdul Aati discussed directives by President Abdel Fattah el Sisi on the removal of all encroachments on the Nile and its two branches within the next six months.

The minister therefore instructed all ministry bodies to be ready for the mission will the necessary equipment to remove encroachments in the governorates, a ministry statement said on Tuesday.

All legal measures will be taken and violators will be referred to the military prosecution, Abdel Aati said, adding that  a zero tolerance stance would be taken on encroachments.

A national campaign for the protection of the River Nile was launched 5 January 2015, sponsored by President Sisi to prevent further encroachments on the Nile.

The ministry’s efforts, in co-operation with other state agencies and security bodies, have already led to the removal of 64,000 encroachments on both banks of the river.

Abdel Aati yesterday reviewed arrangements for the 4th Cairo Water Week, slated for October 24-28, under the auspices of  President Sisi.

The event, ‘Water, population and international changes: challenges and opportunities’ will be attended by concerned ministries, official delegations and senior officials in the water sectors from various countries, together with scientists, international and civil society organisations and institutes.