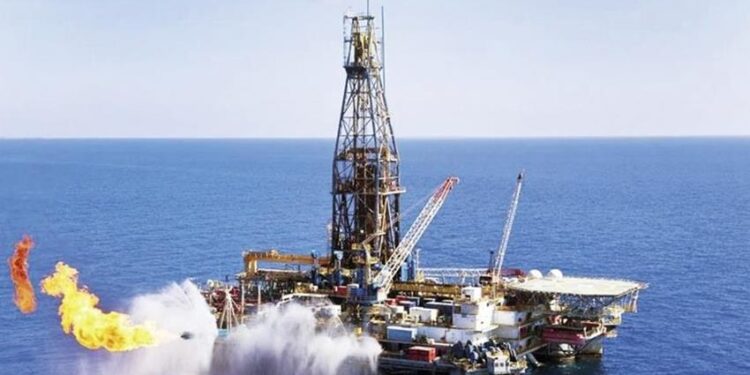 Minister of Petroleum and Mineral Resources Tarek el-Molla affirmed that the economic reforms implemented by the government over the past seven years have succeeded in placing Egypt once again on the global investment map, thanks to President Abdel Fattah El Sisi’s steadfast support for efforts to develop all vital sectors across the country.

El-Molla was detailing his ministry’s achievements over the past seven years during a virtual event held by the British Egyptian Business Association (BEBA) on Tuesday.

The minister said international financial institutions praised the performance of the Egyptian economy. The International Monetary Fund (IMF) announced that Egypt is the second largest economy in the Arab region during 2020.

Several world organisations have repositioned Egypt as a global investment destination since it launched comprehensive improvements in the business environment.

Over the past seven years, this country has seen an increase in major foreign companies injecting more investment in oil, gas and mining.

The minister went on to say that the development programme for the petroleum sector has attracted the attention of major international companies such as Chevron and ExxonMobil to explore in Egypt for the first time.

International companies and institutions concerned with gas had taken part effectively in the activities of the East Mediterranean Gas Forum, considering Cairo as a major hub for their projects in the entire region.

Egypt has been developing its energy sources on multiple tracks, guided by the Egypt 2030 Sustainable Development Strategy, el-Molla said.

The country is well on its way to becoming a regional energy hub with its recent offshore Eastern Mediterranean hydrocarbon findings and alternative energy megaprojects. 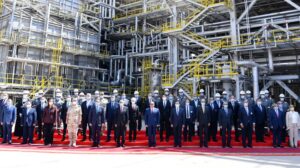 Egypt has achieved self-sufficiency in natural gas (NG), supported in large part by the Zohr field, discovered by Italy’s Eni in August 2015 and estimated to be the largest gas field in the Mediterranean.

Egypt’s gas production amounted to 6.2 billion cubic feet, ranking 13th in the world and fifth in the region during 2020.

The minister pointed out that achieving self-sufficiency in natural gas contributed to increasing the consumption of natural gas in Egypt’s energy mix to reach 62 per cent during the fiscal year (FY) 2019-2020 compared to 48 per cent in FY 2014-2015.

The minister said that the success stories in the oil sector included reducing the dues of foreign partners to less than a quarter and achieving self-sufficiency in natural gas.

Egypt is progressing on a number of oil national megaprojects to enhance the competitiveness of the economy, create employment opportunities and attract private investments.

As specified in the International Solar Energy Society (ISES) to 2035, the Egyptian government has set renewable energy targets of 20 per cent of the electricity mix by 2022 and 42 per cent by 2035.

El-Molla said his ministry has made tremendous strides in developing the mining sector through an intensive programme of structural, legislative and financial reforms.

The ministry has drawn up a set of governance systems and training programmes in mining to increase its contribution to gross domestic product.

Egypt boasts huge mineral wealth and work is underway to develop an independent strategy for each type of different minerals.

Eleven global mining companies have been awarded 82 gold exploration blocks in the Eastern Desert under an Oil Ministry tender in 2020.

The companies will collectively spend at least $60 million during the early stages.

The minister said the petroleum sector is working hard to ensure energy sufficiency and avoid any supply gaps, in addition to achieving financial sustainability through regular payment of dues to foreign partners, reforming energy subsidies, and finding urgent solutions to financial entanglements between state sectors.

Egypt has paid more than 80 per cent of its arrears to foreign oil companies, El-Molla said.

“We reduced dues to foreign partners by more than 80 per cent which contributed to restoring confidence and has reflected positively on increasing investments by our current partners and the entry of new investors”, he said.

However, arrears have continued to drop over the past few years.

Four giant development projects in the field of oil refining are in progress with investments amounting to $4.6 billion to produce high-quality products.

Petroleum imports have been reduced by 35 per cent, according to statements by the minister.

In the meantime, el-Molla pointed out that 98 agreements have been signed with international oil companies to explore and excavate oil and gas since 2014.

In January this year, the Ministry of Petroleum signed nine agreements with six international and Egyptian companies for 17 exploration wells in the Red Sea and the Mediterranean, with investments worth more than $1 billion.

In February, the ministry launched a digital bid round of 24 exploration blocks in the Mediterranean Sea, Western Desert and Gulf of Suez.

In March this year, the East Mediterranean Gas Forum approved a number of initiatives on gas decarbonisation and liquefied natural gas (LNG) as a fuel for vessels, and agreed to allow the US to join the Forum as an observer.

The Egyptian Natural Gas Holding Company (EGAS) plans to drill 20 wells in Delta and the Mediterranean Sea during fiscal year 2020/2021.

Egypt reduced jet fuel prices by 15 cents per gallon until the end of 2021 to support the tourism and aviation sectors during the economic slump caused by the Covid-19 pandemic.

As for delivering natural gas to housing units nationwide, the minister said that more than six million homes were connected to natural gas over the past few years as part of a national project.

The plan was aimed to deliver natural gas for the first time to more than 85 cities and regions, with an initiative to make payments through easy installments.

Egypt’s budget for 2021-2022 gives attention to replacing petroleum products with natural gas amid unprecedented figures of homes that have access to the energy.

Some LE3.5 billion has been allocated to the programme to supply homes with natural gas in 2021-2022.

A total of LE12.1 billion in 2021-2022 has been allocated to economic activities, including supplying homes with natural gas and the replacement of vehicles to run on gas instead of diesel and petrol.

Number of cars run on NG on the rise

El-Molla said his ministry is currently working on increasing the number of vehicles running on compressed natural gas as well as increasing gas supply stations to cover various areas for easy access.

The total number of cars run on natural gas has reached 368,000 and that the number of gas supply stations stands at 331.

Egypt aims to convert 400,000 vehicles to operate on natural gas within three years through an incentive programme for car owners and soft loans from banks and lending parties to beneficiaries.

He noted that the president launched an initiative in July 2020 to expand the use of gas as a fuel for cars, in a way that would achieve an economic, environmental and social return.

The last of the achievements was on Saturday when the prime minister laid the foundation stone of the Suez Canal Economic Zone’s (SCZone) petrochemical complex at an estimated cost of $7.5 billion.

The 3.56 million-square-metre complex in Ain Sokhna will meet the local market needs of petroleum and petrochemical products and the production of polyethylene, polypropylene, polyester, and bunker fuel.

The facility will have a production capacity estimated at 1 million tonnes annually.

It will contribute to lowering the state’s imports of the vital oil products.