by Amina AbdulSalam
in Egypt, World
0 0
0 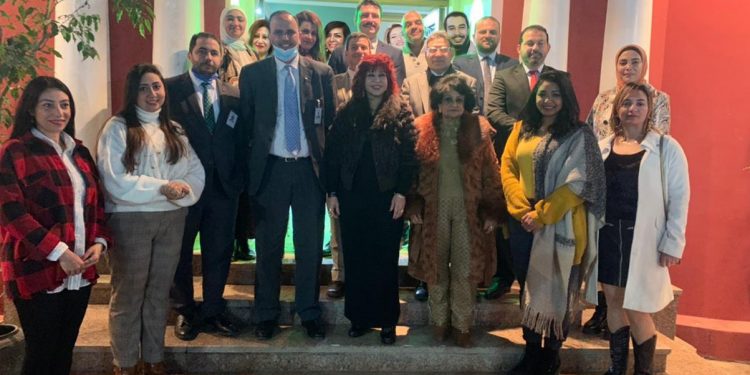 Sultan al-Khalaileh, Chairman of Sanad for Thought and Youth Work Association is leading the delegation on a visit to Cairo to oversee the arrangements of Arab youth celebrations marking the centennial of Jordanian state, Abul Gheit said.

The event will be held at the Arab League, he added, affirming his eagerness to strengthen friendly ties with King Abdullah II Bin Al-Hussein of  Jordan.

For his part, al-Khalaileh said the delegation was eager to visit  major Arab institutions based in Egypt, notably especially the Arab Women Investors Union (AWIU), to benefit from their expertise in economy and in the field of  supporting youth,  which is considered essential for the success of any entity .

Al-Khalaileh pointed out that the delegation met with AWIU Chairperson Hoda Yassa and hailed the role played by the union in supporting joint Arab work and its eagerness to create new investment opportunities in Egypt, Arab countries and Africa to solve unemployment.

The delegation met with a number of the Egyptian members of parliament.

For her part, Yassa stressed the importance of the establishment of joint investments between two countries, noting that the union is currently studying the possibility of setting up an investment project in Jordan in the coming days through companies working under the umbrella of AWIU.

Marwa  Khalil  of the Businesswomen  Development Association said the Jordanian delegation has invited teams from the AWIU and the association to visit  Jordan for further meetings on cooperation.