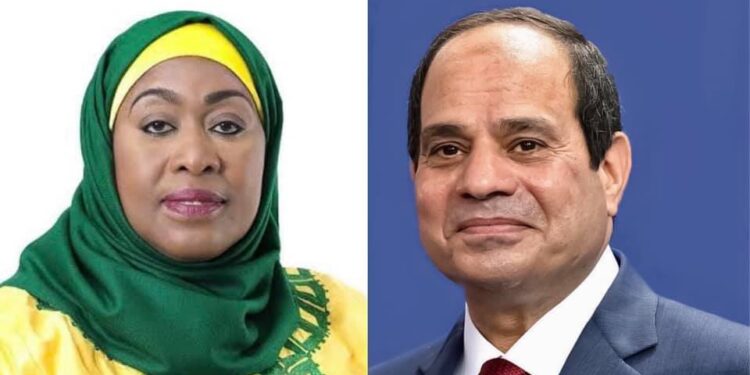 President Abdel Fattah El Sisi stressed the special and historical Egyptian-Tanzanian relations and the steady development they witnessed following his visit to the capital, Dar es Salaam in 2017. He also said that he looked forward to strengthening these relations in various fields to serve the interests of the two peoples, especially with regard to increasing trade with the Tanzanian side, infrastructure development, technical support and capacity building.

The president also renewed his congratulations to the Tanzanian president on assuming her new position and wished her success in performing her duties.

For her part, Tanzanian President Hassan expressed her great appreciation to Egypt, its people and leadership, noting that there are broad prospects for developing relations and advancing the frameworks of joint co-operation between Egypt and Tanzania, especially through the Julius Nyerere Dam project, which represents a model that reflects the depth of the distinguished relations between the two brotherly countries.

The two leaders also discussed developments of Grand Ethiopian Renaissance Dam (GERD) issue where President Sisi stressing the need to reach a binding and just legal agreement on filling and operating the dam.

It was also agreed to support the course of negotiations in order to achieve the interests of the three parties and preserve the water security of the two downstream countries.