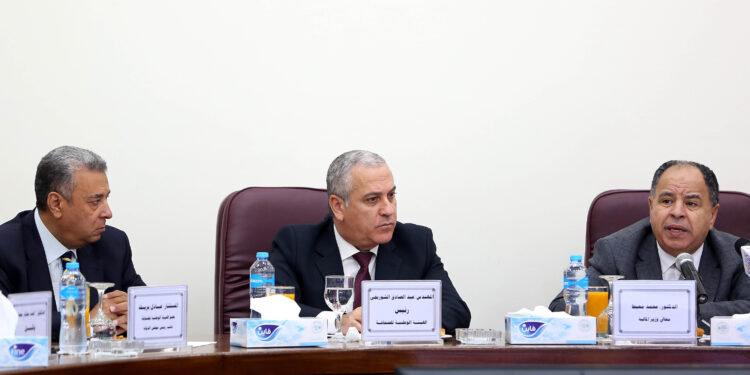 Addressing a function organised by the National Press Authority (NPA) on Tuesday, Minister of Finance Mohamed Maeet said the government is working hard to provide the necessary funding to improve living standards and increase spending on health and education in line with directives from President Abdel Fattah el Sisi to improve public services.

Maeet said the economic reforms Egypt that have been implemented since 2016 are helping the economy attain its targets during FY2021-2022 despite the ongoing challenges such as the Covid-19 pandemic, supply chain disruptions, and the rise in shipping costs. 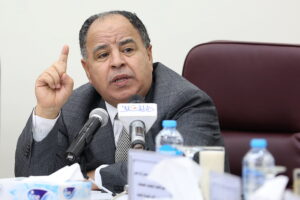 Maeet noted that the government is aiming to achieve real GDP growth rate of 5.6 per cent and an initial surplus of 1.5 per cent.

The government has set a target to reduce the overall budget deficit to 6.7 per cent of GDP, the minister said.

“The government is keen to stabilise tax policy and has no intention of imposing new taxes or increasing taxes in the future,” the minister said.

“The ministry has adopted a comprehensive strategy to upgrade the taxation and customs systems, through which the government can maximise the state’s budget revenues,” Maeet added. 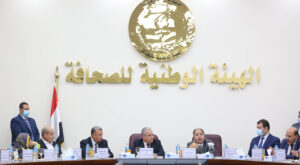 “Egypt has also introduced the e-invoice system through a pilot scheme that has attracted about 5,000 companies and exposed 3,000 cases of tax evasion,” the minister told the event.

“The world sees Egypt proceeding on the right path in all fields thanks to President Sisi’s comprehensive strategy of construction and development to change the face of life across the country,” Maeet said.

“Foreign investors have increasing interest to implement promising investment ventures in Egypt thanks to the facilitation of measures and offering fresh incentives for investors and capital owners,” the minister said.

The government is eager to increase private sector contribution to the economy from 30 per cent to 50 per cent over the next three years, the minister said. 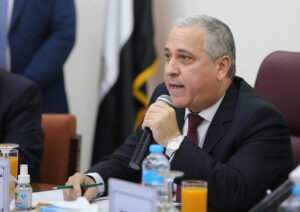 For his part, Chairman of the NPA Abdel-Sadek El-Shorbagy thanked President Abdel Fattah El-Sisi for his support for state-owned newspapers, as they are playing a role in raising citizens’ awareness, stressing that the Egyptian press will continue to play its role despite all challenges.

He added that the authority reviews the financial performance of state-owned newspapers quarterly, revealing that their loss rate has declined by 10 per cent.

El-Shorbagy stressed that the authority is exerting tireless efforts to develop the resources of press institutions in various ways to make the best use of their assets.

The press institutions have gone through many challenges and crises over the past few years, the head of the NPA said, adding that the state offers them 22 per cent of total wages and expenditures.