‘Nation to benefit economically, politically by exporting gas to Lebanon’

by Gazette Staff
in Features
0 0
0 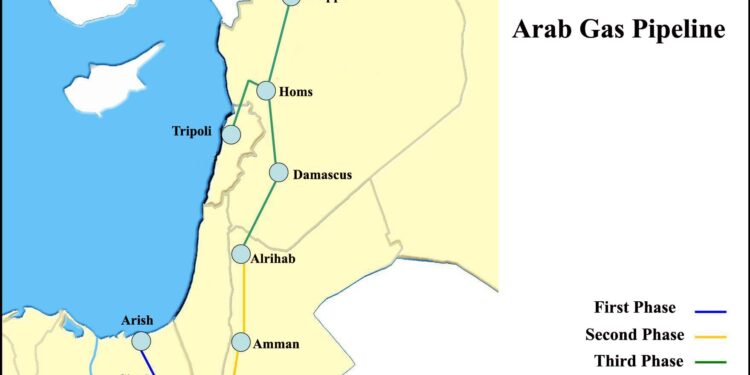 Egypt will use the Arab Gas Pipeline to send natural gas to Lebanon through Jordan and Syria.

Syria’s latest approval of the transfer of Egyptian natural gas to Lebanon via Syrian territories brings Egypt a step closer to achieving its dream of becoming a regional energy hub and entails a series of benefits for the Egyptian economy, specialists said.

“Delivering Egyptian gas to Lebanon presents us with a great chance to play an important role in the regional energy market,” leading economist Rashad Abdo said.

“This is also an opportunity for increasing Egyptian natural gas exports,” a local newspaper quoted him as saying.

The Syrian government agreed earlier this week to allow Egyptian gas to pass through Syrian territories to Lebanon at the request of the Lebanese government.

Lebanon has been going through an acute energy crisis, pitting the Lebanese against each other and increasing anger against the government which has been trying to addressing the nation’s growing social and economic problems.

Egypt has welcomed the request to provide gas supplies to Lebanon. Behind Egyptian approval is the populous nation’s desire to become an energy hub in the region.

Egypt is now self-sufficient in gas and has already started exporting its production surpluses to regional states.

Apart from exporting its own gas, Egypt also looks to use its liquefaction facilities in Damietta and Edku to process regional gas and then re-channel it to international markets.

A number of Egyptian-processed gas shipments have already gone to international markets, thereby asserting the strong role Egypt can play in the regional and the international energy market.

Egypt will export the gas to Lebanon through what is known as the Arab Gas Pipeline, which started operating almost 20 years ago.

The pipeline continued operating until 2011 when it was sabotaged several times.

Egypt used the pipeline in exporting gas to Jordan. The pipeline returned to work in 2019, supplying Jordan with almost half of its natural gas needs.

The pipeline extend 1,200 kilometres from northeastern Egypt to Jordan.

Abdo said that apart from bringing in economic benefits to Egypt, Egyptian energy supplies to Lebanon would contribute to bringing Arab countries closer together, especially at this critical time for Lebanon.

Besides the economic benefits of the supplies, political observers believe the same supplies will draw Lebanon away from the Iranian orbit.

Iran has already sent the first shipment of fuel to Lebanon at the request of the Lebanese Hezbollah militia.

However, there were fears that the move would increase Iranian influence over Lebanon, yet another Arab country that Iran wants to control.

Egyptian gas will provide the fuel necessary for the operation of Lebanon’s two largest electricity plants, according to Lebanese media.

The two plants produce 860 megawatts of power every day, almost a third of the total power generated daily in Lebanon, the same media says.

He said the pipeline can carry a million cubic feet of gas every day, even as Cairo and Beirut have not decided the amounts of gas Egypt will export to Lebanon.

“It also needs maintenance, especially given Egypt’s strategy to export its gas to Europe through the same pipeline,” el-Qalioubi added.

He noted that Egypt would also help Lebanon develop its offshore gas fields on the road to increasing local natural gas production.

The pipeline that will transfer Egyptian gas to Lebanon, he said, could also be used in transferring Lebanese gas to liquefaction plants in Egypt in the future. 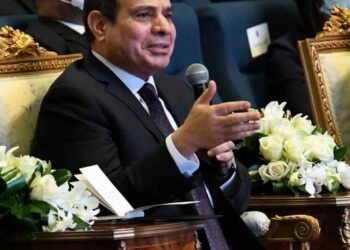 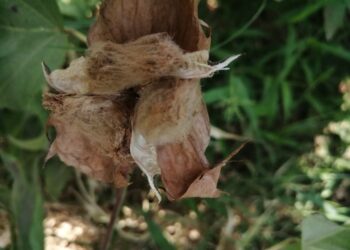 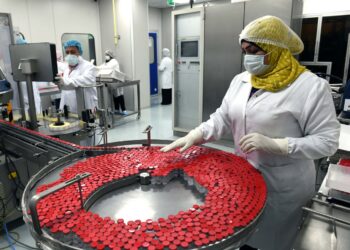