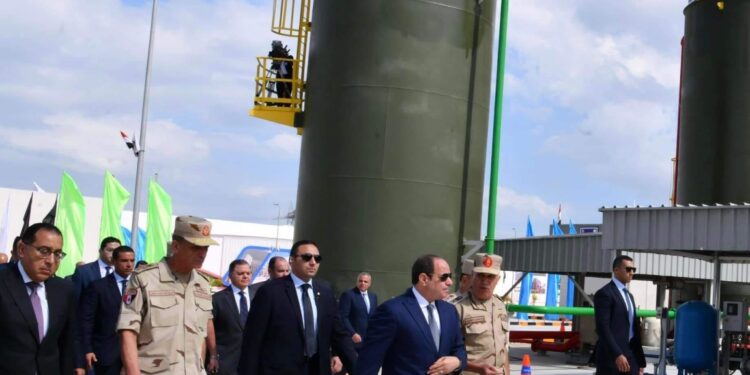 Mineral reserves in Egyptian black sands are estimated at 285 million tons, containing an average capacity of 3.4 per cent of heavy metals with a distance of about 22km, in the western sector, which lies east of El-Burullus and its material value worth about 16 trillion dollars.

Last month, President Abdel Fattah El Sisi inaugurated the black sand factory in the city of Burullus in Kafr El-Sheikh Governorate, the latest of its kind in the world using mining technology.

The LE4 billion project, on a total area of 35 feddans (acres), is part of national schemes aimed at making the best use of Egypt’s natural resources and achieving the benefit of minerals extracted from black sand.

It is expected to transform the North Delta, especially Kafr el-Sheikh, into a huge investment area and bring real development to the whole country.

Black sand is economically important as it contains a high percentage of heavy metals used in strategic industries.

Dr. Hamed Mira, head of in Egypt, said that the country possesses about 5 billion tons of black sand, sufficient for a period of up to 200 years, according to the areas discovered so far.

He added in remarks to The Egyptian Gazette that the price of a ton varies from one mineral to another, and it may reach $3,200 per ton, while in some other minerals it is more than that.

He noted that the returns of value-added projects in the Burullus project only, opened last month, might reach 6 billion dollars.

Mira said that the Egyptian government has invited the private sector to participate in the black sand project, especially that feasibility studies confirmed the existence of large economic returns from projects that are linked to about 41 other strategic industries. 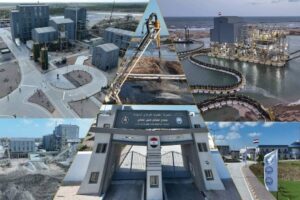 For his part, economic expert Khaled El-Shafei told this newspaper that the black sand complex in Egypt would attract local and foreign investors, in addition to being an opportunity to attract billions of dollars to the country, especially with the high rates of the strategic stockpile in Egypt of black sand.

Egypt has possessed huge reserves of mineral-rich black sands, which can contribute to bringing about unprecedented renaissance in several heavy industries, el-Shafei said.

According to the Board Chairman of the Egyptian Black Sand Company (EBSC), Major General Magdy al-Tawil, “the most important minerals in the black sands are ilmenite, zircon, garnet, rutile, monazite, and magnetite.”

He added that the returns from the black sand projects would be achieved on the ground within two years of operation.

“Zircon is used in ceramics, nuclear reactors and car engines. Granite is used to make aircraft parts, paints and water filters,” he said.

Ashraf Sultan, former president of the EBSC, praised the state’s efforts to exploit its mineral resources. He said that the black sand came from the mountains in the other African countries from which the Nile River descends. The river carried it downstream and deposited it along the country’s northern coasts.

He added that extracting minerals from the black sand is a major step towards turning Egypt from an importer to an exporter of minerals and breathing life into new industries.

According to a recent report by the cabinet Information and Decision Support Centre (IDSC), the complex of black sand factories will be set up in new industrial zones and earn foreign currency from exports.

Beaches will be cleared of environmentally harmful radioactive materials, the centre added.

The project will create 5,000 direct and indirect jobs, the IDSC said in an infographic entitled ‘Complex of blank sand factories in Egypt… the latest of its kind in the world’.

The high-tech ‘Long Live Egypt’ eco-friendly dredger will be used in this project, the report added.