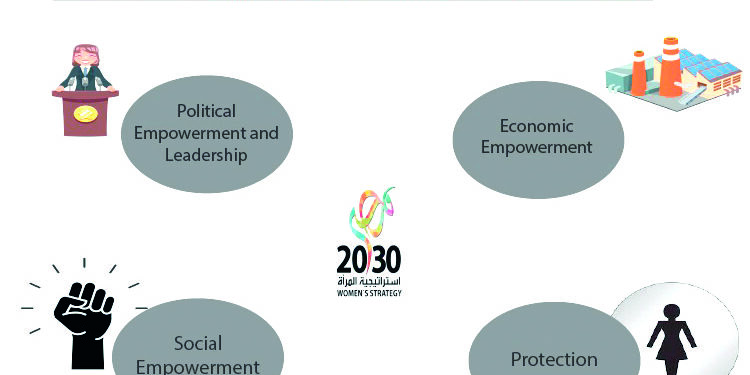 Egyptian women have become key actors in achieving sustainable development that guarantees their rights by the Constitution without discrimination.

The strategy, unveiled in early in 2017 – the Year of Egyptian Women as announced by President Abdel Fattah El Sisi – is fully compliant with the spirit and direction of Egypt Vision 2030 and UN Sustainable Development Strategy (SDGs) to build a cohesive society, recognised for safeguarding equal rights and opportunities.

The strategy comprises four pillars: women’s political empowerment and leadership by stimulating women’s political participation in all its forms, including representation at the national level, preventing discrimination against women in occupying positions in executive and judicial institutions and preparing them for success in such positions.

Egypt won second place in the Middle East and North Africa in women’s representation at the Cabinet in 2021, National Council for Women (NCW) said in its report. 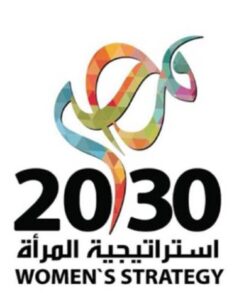 Women’s economic empowerment as the second pillar through the promotion of women’s capacities to expand their employment choices, increase their participation at work, achieve equal opportunities employment in all sectors, entrepreneurship, while helping them attain key positions in public authorities and private companies and create a women-friendly environment.

Women’s social empowerment means creating opportunities in social participation, expanding women’s choices of employment and preventing discrimination against women either in the public or within the family.

Households of which the sole breadwinner is a woman have been exempted by Ministry of Education since 2021 from school fees and given priority by the Ministry of Housing to obtain apartments in ministry projects.

The last pillar is women’s protection by eliminating practices that threaten their lives, safety and dignity and protecting them from all forms of domestic violence and harassment.

The Decent Life Initiative is intended to ensure minimum dignity of marginalised women and to protect them from the consequences of climate change.

Egypt has established refuges for women who are victims of violence.

About 50,000 women who are heads of household have been granted life insurance policies in co-operation between NCW, the Administrative Control Authority and the Ministry of Awqaf (Religious Endowments).

Recently, Minister of International Co-operation Rania al-Mashat attended the first Microsoft summit on empowering women to boost their role in the technology sector.

“Technology no longer serves to improve only the level of service but also to engage women in development,” al-Mashat said.