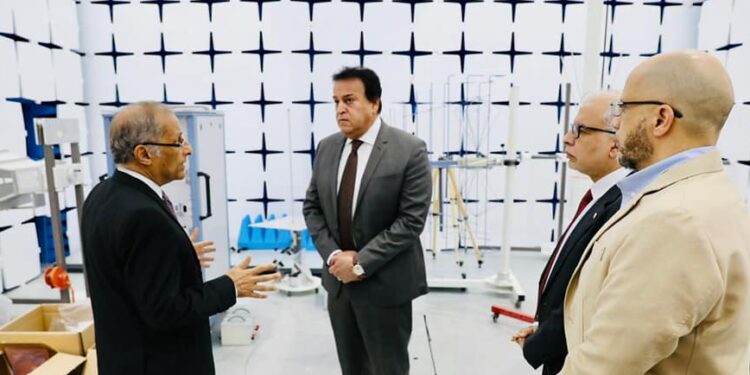 The tour included the agency’s Satellite Assembly, Integration and Test Center (AIT), the first in the Arab world and the second at the regional level, the African Space Agency’s building, a monitoring and control building, the AIT administrative building, a lab facility, an engineering prototyping lab, a space environment laboratory, and a space solar cell laboratory.

He also touched upon the Egyptian University Training Moon project, which saw the participation of nearly 200 students from 17 universities to create engineering prototypes for satellite subsystems.

The minister also toured the agency’s library and conference rooms.(MENA)