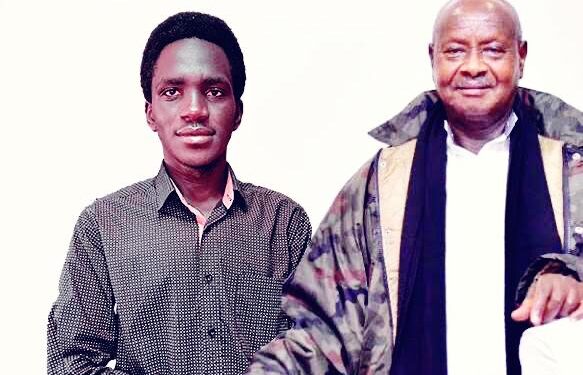 As co-operation partners Egypt and Uganda share similar opinions on international affairs. Much progress has been made in Egyptian-Uganda relations recently confirming Egypt’s African identity and affiliation in accordance with directives from President Abdel Fattah El Sisi to those ends.

Daniel Obal, Ugandan Presidential Aide for Youth Affairs talked to the Egyptian Mail about recent developments in bilateral ties and the role of youth diplomacy in promoting relations. 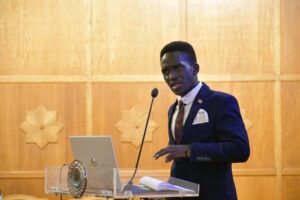 The exchange of visits between presidents of both countries presents a great opportunity to share views as well as bring them closer for better understanding, to appreciate the issues in their respective countries. In contemporary world politics, such visits are gestures of trust, Obal said.

Egypt has helped set up six water stations in Uganda, Obal said, adding that Egypt and Uganda continue to work together in agriculture, science and technology, trade and commerce.

“During my recent visit to Egypt, I have seen areas of deeper, meaningful collaboration especially with regard to youth empowerment,” he said.

“I think Egypt should interest itself in meaningful exchanges between our young people and further open its doors to young Ugandans seeking scholarships at Egyptian universities,” he added.

“As for efforts being exerted to combat terrorism, Mr.Obal said that

Uganda still plays a critical role in the fight against terrorism in East Africa, the Horn of Africa and Africa in general, Obal said.

“President Museveni as Champion of African Integration is committed to peace and stability as the gate pass of integration. This is why Uganda has hugely supported peacekeeping missions, notably in Somalia.

“Egypt has over the years also advanced to become a great military force in the continent.

“I had the rare opportunity to visit several of Egypt’s military installations both on land and in sea. At Alexandria Naval Base, I saw a documentary on Egypt’s military capability. During my visit to the Policy Academy, trainees demonstrated unmatched skills. I also learnt of Egypt’s formalisation of military and peacekeeping courses.

“Given the unique advantages our countries have, and given Egypt’s Historical role in peace and economic liberty in Africa, I believe the two countries with continued collaboration in aspects of counter-terrorism would offer better protection of the continent.”

Egypt’s Nasser Fellowship is a great initiative, Obal said, adding that he is grateful to Egypt and the founder of the fellowship Hassan Ghazaly.

“When I met the prime minister of Egypt, he told me that though he hasn’t visited Uganda yet, he would love to, noting that Uganda is a great pillar of African Peace, and that President Museveni is a bearer of the African dream,” he said.

The concept of youth empowerment would have greater meaning if deliberate efforts are made to put youth at the centre of all initiatives.

Before joining the presidential office, Obal ran for the Ugandan parliament twice. He also went for parliamentary youth representative for Northern Uganda.

“Indeed, it resonates with my interests, and since then I have been serving with interest. The president has very many officials that handle youth issues, such as the minister for youth, the advisor for youth, the secretary in charge of youth among others, but being his Aide on Youth Affairs brings you closest to him, to learn from him, but to also have his ear. I thank God for this wonderful favour and the opportunity to serve the country in this very special office.

“Education and skills science and technology are ripe areas for collaboration,” Obal said.

“Supporting and training our police officers, scholarship opportunities for science and medicine is also a great area to collaborate and this would profit youth,” he added.

“The possibility of opening up our markets is one aspect of collaboration that our countries should look into. This would be in the spirit of the African Continental Free Trade Area and would largely empower our youth.”

“When you talk of youth diplomacy, you literally point the key to unlock African possibilities. Youth diplomacy is very critical in achieving the various continental goals. It’s the easiest way to actually generate political goodwill throughout the continent.

“There is strong evidence that participation of young people in formal political and diplomatic engagements could go a long way in ensuring continued and periodic realisation of the continental agenda. Our leaders should make intentional and deliberate efforts to promote youth diplomacy.

“There are several continental institutions that seek to promote this, and its timely that they are given great attention. The office of the African Union Youth Envoy is the chief custodian of youth diplomacy.