The Financial Times published a special report on Sunday about the new administrative capital which included a lot of false information and ignored the real situation of the Egyptian economy.

One of the most flagrant misinformation and misconceptions included in the Financial Times report is that President Abdel Farrah El Sisi insisted on opening the new capital although skeptics view the capital as a project whose costs could negatively affect more pressing priorities.

A study by the World Bank in 2014 indicated that about LE47 billion (equivalent to $8 billion at the time) is wasted annually in the Greater Cairo metropolitan area due to traffic congestion, with expectations that this waste will rise to LE501 billion by 2030 if the problem is not solved.

Therefore, the government made the decision to build an entirely new capital located 45 kilometers east of Cairo, based on a master plan consisting of guidelines and a series of works that had begun in 2015.

The report also said that the real estate and construction sector includes fake employment and once construction stops, there will be no careers.

The truth is that the Egyptian market’s need for one million housing units annually involves the need for new cities, new roads and huge infrastructure projects, so how then does the sector include fake employment. 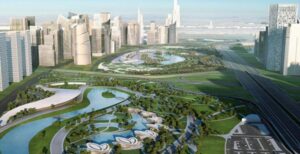 Also, the role of the army, the Ministry of Housing and the New Urban Communities Authority in building housing units is limited to supervision, control and sometimes planning.  As for implementation, it is done by companies not owned by the military, which means that the private sector plays a major role in real estate investment.

The Financial Times report also said that the intervention of the army, the expansion of its role in the state and the economy worries the private sector and scares foreign investors.

According to Minister of Planning and Economic Development Hala el-Saeed, the world is now adopting flexible economic policies and it is no longer acceptable to rehearse behind traditional theories, whether they support or criticise capitalist thought. 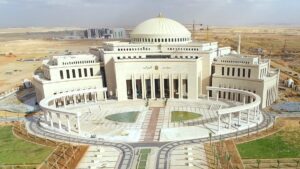 Rather, each country can endeavour to achieve economic progress and choose what suits it from these theories.

The report also said that sources of economic growth are concentrated in the oil, gas and real estate sectors. 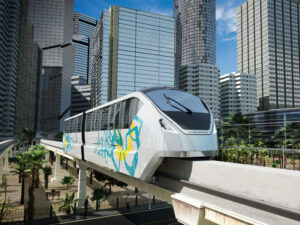 In the oil and natural gas sectors, the challenges before 2014 were represented in the reluctance of investors to participate in the sector’s projects, the suspension of a number of factories due to the shortage of gas quantities, the failure to sign petroleum agreements during the period from 2010 until December 2013 and the exacerbation of the gasoline, diesel and butane crises, with high consumption rates of petroleum and gas products in the state sectors, especially the electricity.

However, the economic reform programme and policies to encourage investment and restore security and stability contributed to the signing of a large number of petroleum agreements in the natural gas sector.

It should be noted that the signing of these agreements has a positive impact on exploration activities in a way that supports oil and gas reserves and increases Egypt’s production in a way that contributes to achieving self-sufficiency and providing the needs of the local market. It also helped to restore confidence in the petroleum sector after the signing of agreements stopped since 2010 until October 2013. 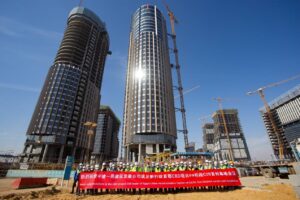 The report also referred to rising debt levels that threaten the Egyptian economy.

The coronavirus pandemic has prompted many countries around the world to increase borrowing from domestic and external sources to implement economic stimulus packages and support economic activity, especially with the decline in revenues or the suspension of export-dependent commodity and service sectors.

Meanwhile, the International Monetary Fund expected that the global public debt would jump to the highest 100 percent of GDP for the first time ever, due to emergency government spending to avoid the effects of the coronavirus pandemic. The fund also expected in June 2020 that the burden of international debt will reach about 19 percentage points this year alone, which is more than the increase recorded in 2009 during the crisis of global finance.