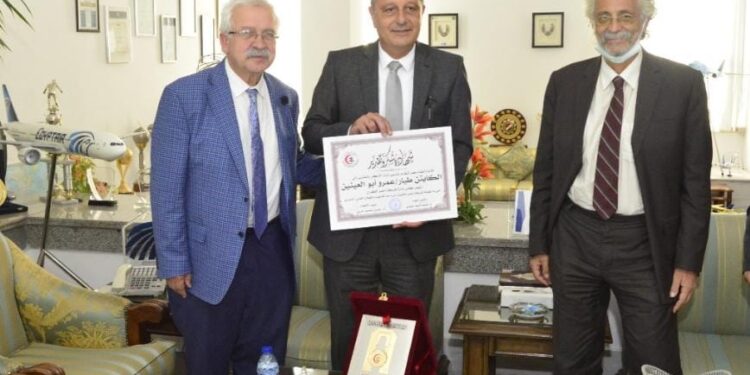 At the beginning of the meeting, Aboul-Enein welcomed the delegation of the Doctors Syndicate, stressing the depth of the relations between the national air carrier and the Doctors’ Syndicate.

He added that EgyptAir appreciates the great and vital role that medical teams play in community service, especially during the time of the spread of the coronavirus pandemic and is always keen to support doctors in various Its categories by providing offers and various travel facilities, as the company provided permanent accreditation for medical staff. 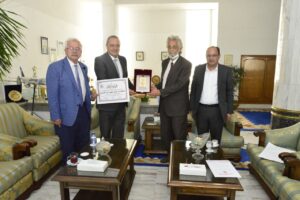 The company offers doctors and nursing staff a discount of 20% on all international flights and 10% on domestic flights through its offices located inside and outside Egypt.

For his part, Dr. Khairy, President of the Doctors’ Syndicate, expressed his sincere thanks and appreciation to the national air carrier for its keenness to provide full support to the medical sector as well as its various offers to the members of the Syndicate at all times.

At the end of the meeting, Abu Al-Enein, awarded Dr. Khairy the shield of the national air carrier while the Doctors Syndicate awarded him the Syndicate Shield and a Certificate of Appreciation documenting the strong relations between the two parties and the Syndicate’s gratitude for the vital role of EgyptAir and its continuous support for medical staff.