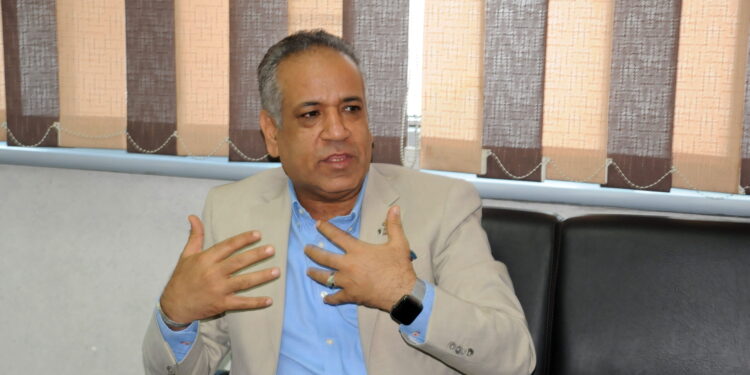 El-Sharkawy hailed the political leadership’s genuine will to further cement co-operation with Africa to meet demands in the African street.
“Egypt has organised many conferences such as the World Youth Forum and the Arab-African Youth forum in Aswan,” el-Sharkawy said. 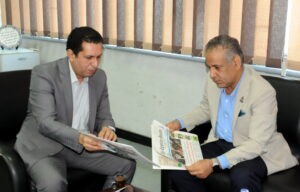 “Public diplomacy coupled with official diplomacy gives an extra boost to joint co-operation,” el-Sharkawy added.
Agriculture is a promising area for co-operation, and Egypt has already made great progress in this domain, he said.

“Egypt gives top priority to food security. Its presence is being more strongly felt in Africa with twelve farms in African countries,” he said.

The EABA was established by a group of Egyptian businessmen, who believed in the need for a new model for business and civil society organisations in investment and the production side of the economy. 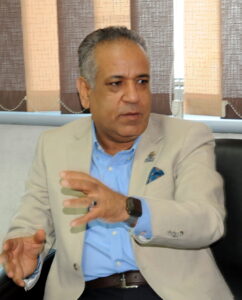 The association supports Egyptian-African trade, bringing together Egyptian businessmen and African countries.
“The association has a firm presence in Africa. We have organised 30 webinars with more than 160 African participants from more than  40 countries to discuss market needs,” el-Sharkawy said.

“We have also held more than 20 workshops on issues of common interest,” he added.
“The EABA is seeking to reach out to the 54 African countries to maximise the benefit of available resources and correct any misconceptions.

“We will reach every inch in Africa.”

The EABA chairman referred to its 12 representation offices. “We are planning to increase our representation offices to 45 in the next three years,” he said.
The EABA will organise a webinar ‘South Africa Business Day’ on November 9 to highlight trade and investment opportunities there and share success stories.

Egypt’s ties with Africa have witnessed remarkable progress, especially during its presidency of the African Union in 2019, el-Sharkawy said. 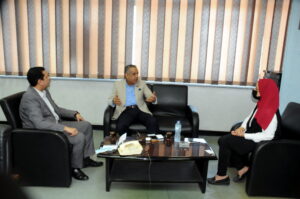 “Egypt’s AU presidency was a new birth for Egypt in Africa. Through more than a dozen official visits, the Egyptian president breathed new life into co-operation,” he said.
El-Sharkawy said President Sisi’s speech to the United Nations in September 2019 on illegal immigration and terrorism versus development “put the world in front of its responsibilities”.

As for the importance of African media in bolstering ties with Africa, el-Sharkawy said: “It is very important to change false mental images and stereotypes through the media, which helps broaden the scope of bilateral ties.”

Boosting fruitful and smart public-private partnership is also a goal for the EABA.
“Egyptian diplomacy and commercial offices have played a remarkable role as our association’s strategy is in tandem with official efforts.”