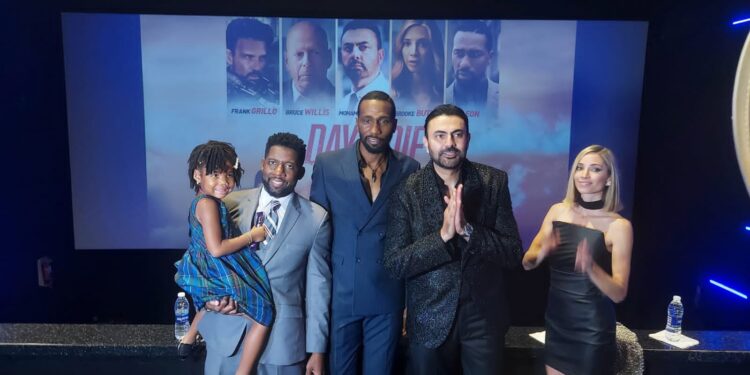 Egypt hosted this week the special screening of ‘A Day to Die’ movie in the presence of Actor Mohamed Karim and the rest of film’s crew Brooke Butler, Leon Robinson and the director of the work Wes Miller.

A large number of diplomats, public figures, filmmakers in Egypt attended the screening.

Karim said that the special show in Cairo is the largest in the Middle East. He added that his participation in the film was an important step in his career.

He said: “It is my old wish to work with my favorite actor Bruce Willis. I am a police investigator in the film. His goal is to show the truth no matter how great the temptations are.”

He pointed out that the production company emptied an entire city of its residents to film the bombings scenes.

The film’s producing company had held a special screening of the film in Los Angeles in the presence of its staff, Egyptian Ambassador Ahmed Shaheen in Los Angeles and a number of Hollywood producers. Another show was held in Dubai and Riyadh.

Tags: A Day to DieCinemaFilmscreening