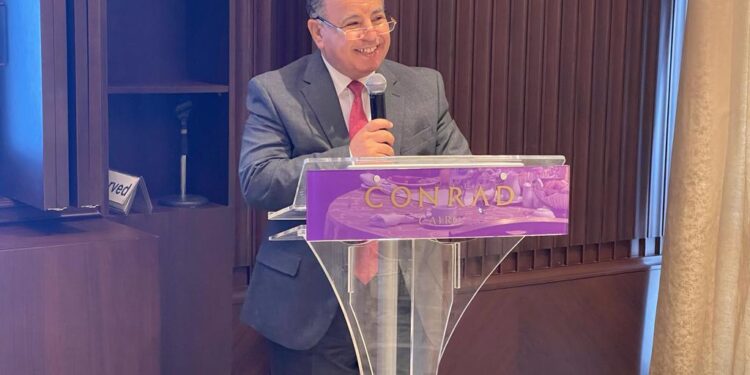 Egypt’s economic performance for last fiscal year ending June 2022 was good, which reassures local and foreign businesses can safely invest in this country.

This statement by Minister of Finance Mohamed Maeet came during his meeting with representatives of Japanese companies operating in Egypt, which was organised by the Japanese Businessmen Association in the presence of Japanese Ambassador in Cairo Oka Hiroshi.

Egypt achieved a primary surplus of 3.1 per cent and reduced the total deficit to 1.6 per cent and debt ratio to 2.87 per cent of GDP by the end of June 2022.

“We are witnessing major and unprecedented development projects in various aspects of life to improve living standards and public services,” the minister said.

“This has raised GDP growth to 6.6 per cent,” the minister added.

The country aims to maintain fiscal discipline and enhance spending on health, education, and social protection in order to mitigate the effects of the severe global inflationary as much as possible, Maeet said.

There are many promising and attractive opportunities for local and foreign investments in priority sectors through which the state aims to achieve comprehensive and sustainable development now that infrastructure is more capable of accommodating the expansion of productive activities, Maeet added.

The government is keen to make more room for the private sector to play its role in the development process in a way that enhances its contributions to economic activity, he said.

The ministry is eager to simplify tax and customs procedures to facilitate local and foreign business and enhance investments through the expansion of technological solutions that strengthening governance, achieve tax justice, reduce customs release time and facilitate international trade, he added.

The minister went on to say that he is looking forward to doubling Japanese investment in Egypt in order to consolidate the partnership between the two countries manifested in Japanese schools and university projects, the underground metro, comprehensive health insurance, and gas and oil projects.

The volume of Japanese direct investments in Egypt increased by 52 per cent during the last fiscal year while bilateral trade in 2021 was worth $5.1 billion, recording a 13 per cent increase compared to 2020.

The Japanese envoy, for his part, said the bilateral economic relations during the past years have witnessed remarkable progress, and that the meeting of the Minister of Finance with Japanese businessmen boosts investor confidence and removes the obstacles facing them in Egypt, while pushing them to expanding their investment.

The meeting provides an opportunity for Japanese businessmen to meet with the Egyptian government to discuss everything related to their business in Egypt.